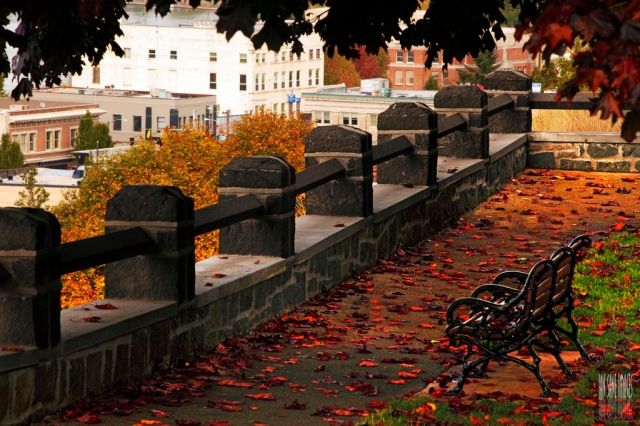 It’s back-to-school season for teachers and students alike, and I know as well as anyone that it’s hard to find time to read lit journals for fun when you have so many other responsibilities. But I’m making a commitment this school year to squeeze in time for good writing here and there, and I hope you do too.

I have two picks this month, Wigleaf and South 85. I’ve chosen these two journals because they are almost complete opposites in terms of the length of their pieces. As someone who gravitates towards writing really long stories or flash fiction, I appreciate that there are journals catering to these niches.

Wigleaf is a journal that publishes “(very) short fiction” of 1000 words or less. Their contributors also write letters to the journal published alongside their stories which are as imaginative as the stories in the first place. These letters are quirky, puzzling, and poetic. For example, in one letter, contributor Brianne Kohl laments how she’s not sure if she belongs in the wild west. I’m not sure how writers get the inspiration for these little notes, but they are certainly entertaining and unique.

In Wigleaf’s latest issue, I was amazed by just how much ground their stories covered in less than 1000 words. The short story, “Preservation” by Tessa Yang, takes us into a future in which people sign up to sleep away years of their life in a coma for science. I also liked the story, “The Magician” by Kara Oakleaf, which features a delightfully whimsical child who plays magic tricks on his parents from infancy. This issue culminates in a featured story by published author Amber Sparks, who imagines what Zeus would be like as a football-watching American dad. Most of their submissions delve into the fantastic and surreal, weaving impressively developed narratives for such short pieces. Wigleaf takes submissions during the last week of each academic month, so that’s coming up this week! Check out their submissions page for more information.

I discovered South 85 from my writer friend Mary Jane White who has an excerpt from  her memoir about raising a son with autism published in their latest issue. South 85 is a university-affiliated journal, run by the low-residency MFA program at Converse College in South Carolina, publishing fiction, non-fiction, and poetry. It is one of the few online journals I’ve encountered that does not shy away from publishing longer pieces.

In their latest issue, poet John Nizalowski  presents the tragic contrast of the mundane, despairing reality of a gas station near the Hopi Reservation and the nearby ruins of ancient civilization in “High Noon at the Hopi Gas Station.”  I particularly like the final turn of phrase, “the smell of colonial commerce.” In the nonfiction piece, “Behind the Walls in the Land of the Pure” the Pakistani-Canadian author, Mariam S. Pal describes her experiences hanging out at luxurious private parties in Pakistan, Lahore in the 1980’s, showing how her perceptions of Pakistan are overturned while she also debunks Pakistanis’ misconceptions of the West. Finally, I thoroughly enjoyed the short story, “The Buffalo of Sentinel Meadows” by Lawrence Cady, in which a music critic accompanies his biologist research wife on a fieldwork trip to Yellowstone, where they draw DNA samples of ancient bacteria from hot springs. While taking the samples, the narrator lets his mind wander through the memories of his relationship with his wife. I loved the slow build-up of emotion in this story, which is so rare to find in much of the fast-paced fiction published in the age of the Internet.

South 85 is open for submissions until November 1. For more information on submitting to South 85, check out their submission guidelines.